Home / Hon. Justice Monica Bolna’an Dongban-Mensem
Hon Justice Monica Bolna’an Dongban-Mensem is currently the President of the Court of Appeal (PCA), Nigeria and Life Member of Body of Benchers. Body of Benchers is responsible for the training and discipline of all lawyers in Nigeria. Justice Dongban-Mensem is an authority in Criminal and Civil Procedure Law, Taxation and International Public Finance, Public International Law, Legislative Drafting, Constitutional and Administrative Law and International Commercial Transactions.
After receiving her LL.B and LL.M from Ahmadu Bello University (ABU) Zaria-Nigeria and a Post Graduate Diploma from the Institute of Advanced Legal Studies, University of London, Russel Square – London, Justice Mensem was Registrar of Plateau State High Court in 1979 and Magistrate of various grades up to Chief Magistrate between 1981 and 1990. She was Visiting Lecturer on Press Law at the Catholic Media Centre, Kaduna from 1988-1992 and Part-time Lecturer at the University of Jos between 1989 and 1997.
From 1990-1993 Justice Dongban-Mensem served as Deputy Chief Registrar, Superior Courts and Protocol Affairs and was appointed Judge, High Court of Justice, Plateau Judiciary from 1993-1996. On transfer from the former, Dongban-Mensem became the Judge, Federal Capital Territory (FCT) Judiciary from 1997-2003.
Apart from being on several panels of investigation in the Plateau State Judiciary, she has performed numerous ad-hoc duties in the capacity of Secretary, Plateau State Law Report Committee, Secretary/Legal Adviser, Ad-hoc Committee on Widowhood Practices in Plateau State all in 1991 and a Pioneer Board Member/Legal Adviser, Plateau State Commission for Women from1991-1992 among several others.
She was also an Advisory Committee Member for FCT Judiciary on the National Centre for State Courts International Programs Division from 2001-2002 and was Acting Presiding Justice of the Lagos Division of the Court of Appeal between November and December 2009.
Justice Dongban-Mensem is one of the hardest working Nigeria judicial officers. As at December 2019, she had over 150 Lead and 100 Contributory Judgments respectively. She has always led notable jurists to decide high profile and very interesting cases. These cover electoral, commercial, civil and criminal matters on appeal from the lower courts and court marshal decisions.
Justice Dongban-Mensem, despite the unending demands of huge office work, launched herself into the publishing hall of fame with the book she entitled The Defendant in 1991. This book addresses the rights of the accused person and is an informative and resource material for lawyers and lay persons alike. She has also presented thought provoking papers at different fora on numerous subjects like: Legal Implications of some Widowhood Practices in Nigeria; Right of Women and Children under the Nigerian Law; the Responsibilities of Judges, Lawyers and the Youths under the Nigerian Constitutions; the Role of Women Lawyers (FIDA) in the Participation of Women in Politics, among others.
Dongban-Mensem’s impressive blend of intellectual and professional experience stems from coming from a family that values education and career excellence.  Hence she became a strong and passionate advocate for qualitative education especially for the less privileged. Having faced the challenge of going through school with limited resources, she strongly believes that the provision of scholarship to indigent but promising children would substantially enhance their dream of a fulfilled future.
Thus Dongban-Mensem worked hard to make a modest but invaluable contribution to this end by establishing the Pa William Mensem Education and Scholarship Foundation (PAWMESFO) in May of 2009. PAWMESFO has been able to build a school, named after the jurist’s father, Pa William Mensem at Ngotuguut, in Plateau State.
Pa William Mensem Memorial School as it is now known elicited so much enthusiasm in not only the people of Ngotuguut but the neighbouring villages and indeed, the whole of Plateau State. While parents are eager to send their children to the school, the children on their own are zealous to be enrolled in what they commonly call “Monica’s School”.
Similarly, due to her deep distress for losing her first son, Prince Samson Kwapda’as Dongban, she founded a road safety organisation called Kwapda’as Road Safety Demand (KRSD) which has become the most efficient and popular road safety NGO in Nigeria. Every year, KRSD, an affiliate of Global Alliance of NGOs for Road Safety holds road safety seminars, trainings and visits hospitals where relief materials are distributed and payment of medical bills of indigent crash victims are made.
Justice Dongban-Mensem loves writing, reading and golfing. She also delights in working with children, women and the elderly. She has strong religious beliefs and particularly dreams of a world where women and children are not seen as second-class citizens but rather treated with love and respect. Justice Dongban-Mensem has four biological children (one deceased) and four grandchildren.
Indeed, Justice Monica Bolna’an Dongban-Mensem is a gift to society. Her achievements have challenged other professionals and politicians whom she has apparently given a shove in the right direction. For dedicating her life to the downtrodden and serving as a beacon of hope for women and children, many describe Dongban-Mensem as the very essence of compassion and duty as well as the acme of love and generosity. 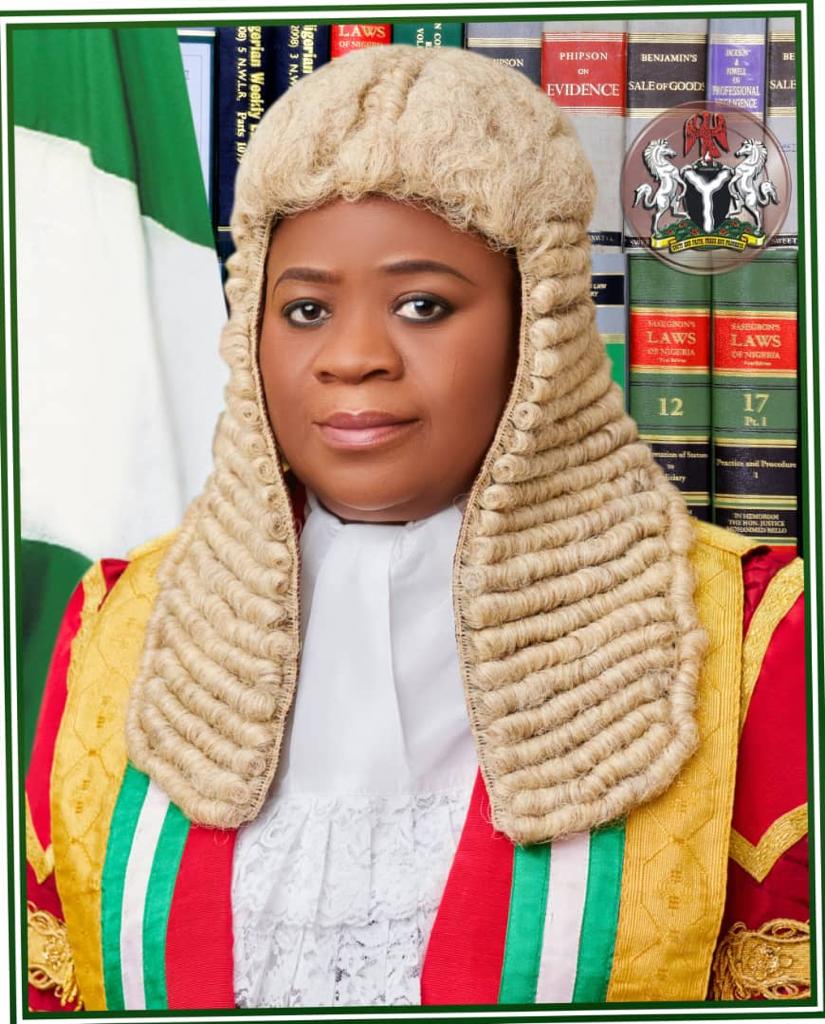